And that’s a wrap! Coachella 2017 is officially over, and whilst we’re a little devvo we’re not going to see any more loose festival babes on our Insta feeds in braids and fringing, we’re secretly glad we don’t get to see any more glitter butts…’til Splendour that is.

Whilst we died a little inside after seeing what the celebs wore this year, we’re even more jelly now we’ve seen what the normal folk wore! In case you missed them, here’s our fave festival styles from the non-celebs! 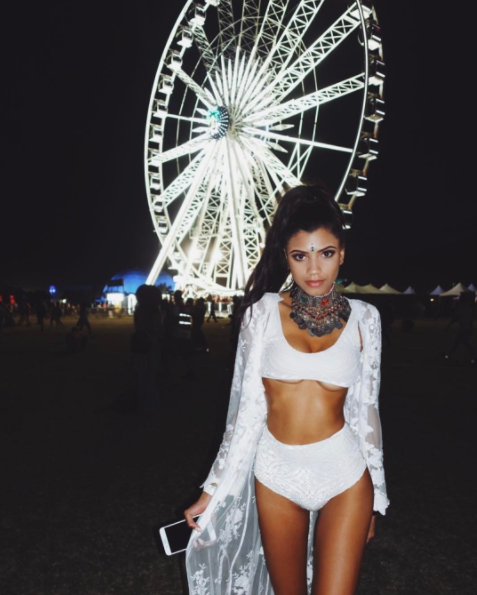 We’d be mistaken for thinking we were at the beach, but no, dressing scantily clad was a big yes at Coachella 2017. We’re digging the white lace with matching kimono for bedtime vibes, not to mention statement necklace!

Here we were thinking boho had bid its farewell. This vintage chantilly lace little number screams Vanessa Hudgens. Big style points for studded boots, a black fedora and round sunnies – all pretty major on the festival scene! 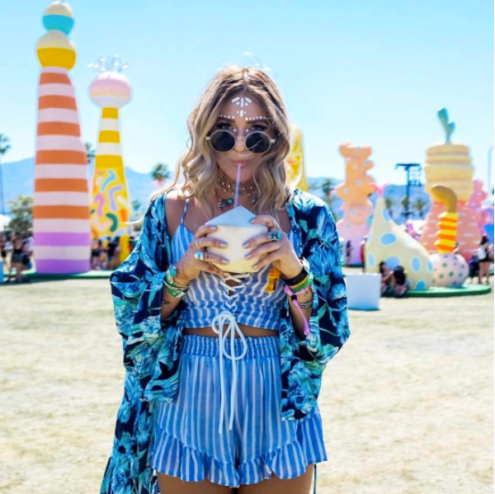 Festivals are simply made for throwing everything on and hoping/wishing/praying it will look somehow ‘put together’, and at Coachella, this rule of thumb increases tenfold. Stripes and florals…different shades of blue – done & done! Just add a whole heap of stacked rings and layered necklaces, invest in some diamantes for your eyes and voila! Just call us Festival Queen.

If you’re clued up on trends, you’d have noticed the folklore trend seen everywhere right now. A blend between boho and kitsch, this style combines florals, paisley, peasant sleeves, off-shoulder, embroidery and fringe in one. Just add denim in the form of heavily distressed or altered and you’ve got the perf Coachella recipe!

Mustard; The colour of 2016/2017, and reason why we’re pretty much broke AF RN. The colour no doubt caused our bank balance to go into disarray and even had our housemates questioning our obsession (it’s not a want, it’s a need.) So when you give us mustard SILK, woahhh that’s just going to cause money issues.

We’re mainly just jealous because we have no clue how to do them. So long flower crowns, braids are the new ‘it’ headwear to rock this festival season! Whether they’re glittered, chalked pink or adorned in flowers, there’s no way this hair trend is leaving us anytime soon!

Missed our feature on celebrity styles seen at Coachella? Get your inspo for Splendour here!