Moving to NYC: A Guide With C’est Christine

“New York, concrete jungle where dreams are made of…”
Have you been dreaming of those big city lights? Watching Sex In The City on repeat… and not for the drama? Yep, us too! Many of us dream of moving to New York City but only a handful take the plunge to move there. After all, New York is so big, so crazy and so full of life – it’s daunting just thinking about it! So we got some expert advice and asked one of favourite New York bloggers what it’s really like to live in the Big Apple, how to move there, and what exactly to expect…

Where are you originally from?

I grew up in Sacramento, California.

What made you decide to move to New York City?

I moved to Nice, France and Melbourne, Australia after I graduated from university. I wanted to move back to the USA so I wouldn’t have to deal with visas anymore, but I wasn’t ready to move back to the West Coast. New York City felt about as far away from home as I could get without leaving the country.

What do you do there now?

In addition to blogging at CestChristine.com, I also work in marketing at Vimeo. 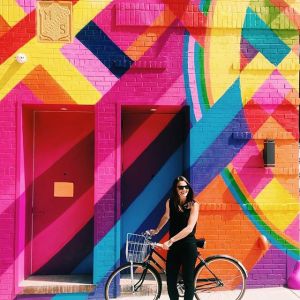 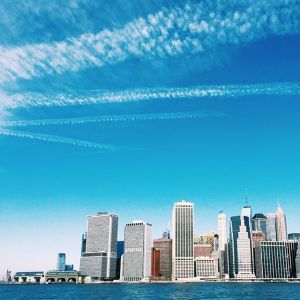 First reaction when you arrived there?

I was overwhelmed! I wasn’t expecting it to be so hard to find a job or find an apartment, or that it would all be so expensive. That said, I was thrilled to be here: it was amazing to just go on a walk and be somewhere iconic like Fifth Avenue or Central Park or Wall Street. Being able to recognize so many places from my favorite TV shows and movies was so surreal.

It’s the city that never sleeps! Seriously, so many of the stereotypes are true: it’s crazy and chaotic and there is always something going on. Everyone here is hustling and doing something interesting: you can’t take it easy and make it here. You have to work hard, all the time, but you’ll never be bored. There are a million things to do, from art exhibit openings and the best restaurants in the world and world-class cultural events to bike rides through Central Park and sailing on the Hudson River.

Any advice for those wishing to move to NYC?

Save your money before you come: it will be more expensive than you imagine! Network, network, network. And don’t forget to enjoy the city! Take advantage of all the amazing (free and paid) things there are to do here. 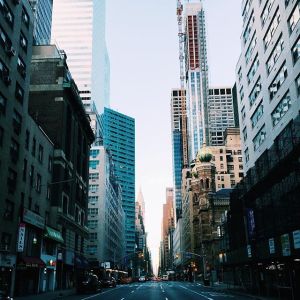 Things to watch out for?

Renting an apartment is notoriously difficult and expensive: you need to make 40x the rent (you read that right!), have a co-signer or be able to pay a significant amount of rent up front. Be prepared to pay 10-15% of a year’s rent in a broker’s fee that’s nonrefundable.

Budget-friendly things to do?

Walk across the Brooklyn Bridge at sunset, rent a rowboat at Central Park, go to the Metropolitan Museum of Art (it’s donation-based!).

Splurgy things to do?

Have high tea at Bergdorf Goodman, see the Millionaire Magician, go to a jazz show at Dizzy’s, see the view from Top of the Rock.

Do you feel like a local now? How did you become one?

That’s a tough question! I think the rule is at least 10 years until you can call yourself a New Yorker (I’ve been here going on five years) and I still feel more like a Californian in New York. That said: I can get myself around easily on a bike and on the subway, my dry cleaner, and my manicurist both recognize me when I come in, and I have my “friends-visiting-for-a-weekend” tour guide schtick down. 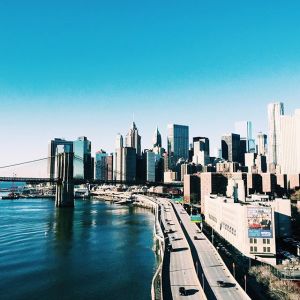